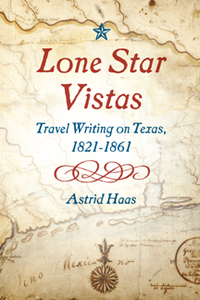 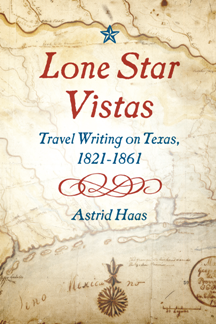 Every place is a product of the stories we tell about it—stories that do not merely describe but in fact shape geographic, social, and cultural spaces. Lone Star Vistas analyzes travelogues that created the idea of Texas. Focusing on the forty-year period between Mexico's independence from Spain (1821) and the beginning of the US Civil War, Astrid Haas explores accounts by Anglo-American, Mexican, and German authors—members of the region's three major settler populations—who recorded their journeys through Texas. They were missionaries, scientists, journalists, emigrants, emigration agents, and military officers and their spouses. They all contributed to the public image of Texas and to debates about the future of the region during a time of political and social transformation. Drawing on sources and scholarship in English, Spanish, and German, Lone Star Vistas is the first comparative study of transnational travel writing on Texas. Haas illuminates continuities and differences across the global encounter with Texas, while also highlighting how individual writers' particular backgrounds affected their views on nature, white settlement, military engagement, Indigenous resistance, African American slavery, and Christian mission.