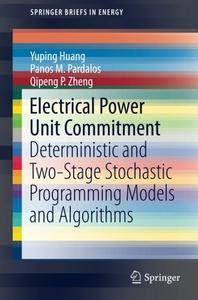 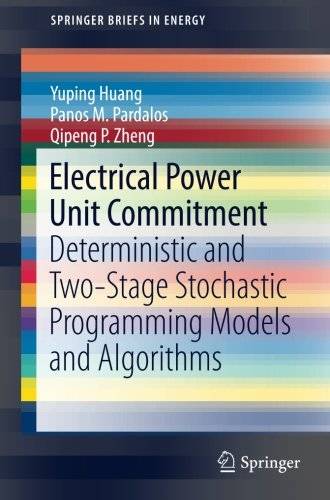 The UC problems are mostly formulated as mixed-integer linear programs, although there are many variants. A number of algorithms have been developed for, or applied to, UC problems, including dynamic programming, Lagrangian relaxation, general mixed-integer programming algorithms, and Benders decomposition. In addition the book discusses the recent trends in solving UC problems, especially stochastic programming models, and advanced techniques to handle large numbers of integer- decision variables due to scenario propagation