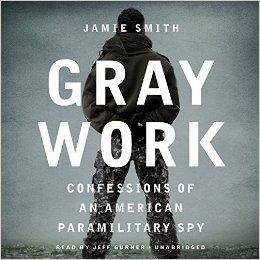 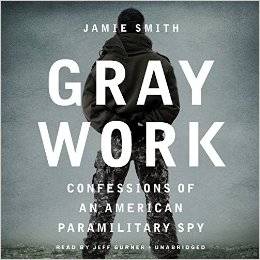 The first ever, first-person story of America's private, paramilitary contractors at work around the world – from a man who performed these missions himself and has decades of stories to tell. This is a fascinating tale – and potentially the first – to describe the work of American contractors, men who run highly dangerous missions deep inside foreign countries on the brink of war. It will lift the veil and detail the ultimate danger and risk of paramilitary operations (both officially government-sanctioned and not) and show us in very intimate terms exactly what private soldiers do when the government can't act or take public responsibility.

Gray Work combines covert military intelligence with boots-on-the-ground realism, following Jamie Smith through his CIA training and work as a spy in the State Department, to his co-founding of Blackwater following 9/11, to his decision to leave that company. As the founder and director of Blackwater Security, Smith's initial vision has undeniably shaped and transformed a decade of war. He argues that this gray area – and its warriors who occupy the controversial space between public and private – has become an indispensable element of the modern battlefield.