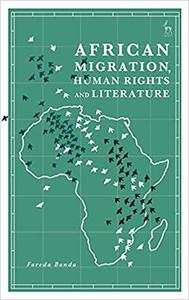 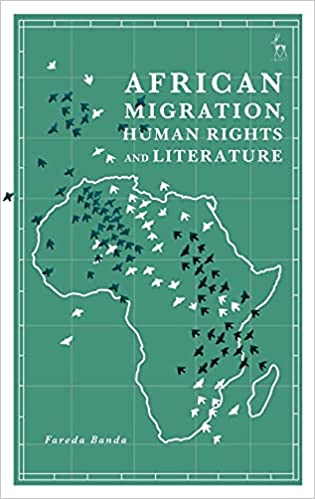 Fareda Banda, "African Migration, Human Rights and Literature"
English | ISBN: 1509938346 | 2020 | 376 pages | PDF | 5 MB
This innovative book looks at the topic of migration through the prism of law and literature. The author uses a rich mix of novels, short stories, literary realism, human rights and comparative literature to explore the experiences of African migrants and asylum seekers.

The book is divided into two.

Part one is conceptual and focuses on art activism and the myriad ways in which people have sought to 'write justice.' Using Mazrui's diasporas of slavery and colonialism, it then considers histories of migration across the centuries before honing in on the recent anti-migration policies of western states. Achiume is used to show how these histories of imposition and exploitation create a bond which bestows on Africans a “status as co-sovereigns of the First World through citizenship.” The many fictional examples of the schemes used to gain entry are set against the formal legal processes. Attention is paid to life post-arrival which for asylum seekers may include periods in detention. The impact of the increased hostility of receiving states is examined in light of their human rights obligations. Consideration is paid to how Africans navigate their post-migration lives which includes reconciling themselves to status fracture-taking on jobs for which they are over-qualified, while simultaneously dealing with the resentment borne of status threat on the part of the citizenry.

Part two moves from the general to consider the intersections of gender and status focusing on women, LGBTI individuals and children. Focusing on their human rights and the fictional literature, chapter four looks at women who have been trafficked as well as domestic workers and hotel maids while chapter five is on LGBTI people whose legal and literary stories are only now being told. The final substantive chapter considers the experiences of children who may arrive as unaccompanied minors. Using a mixture of poetry and first person accounts, the chapter examines the post-arrival lives of children, some of whom may be citizens but who are continually made to feel like outsiders. The conclusion follows, starting with two stories about walls by Hadero and Lanchester which are used to illustrate the themes discussed in the book.

Few African lawyers write about literature and few books and articles in Western law and literature look at books by or about Africans, so a book that engages with both is long overdue. This book provides fascinating reading for academics, students of law, literature, gender and migration studies, and indeed the general public.
Read more