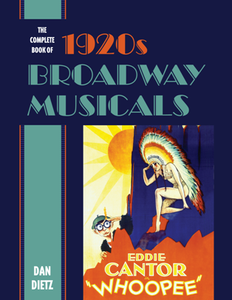 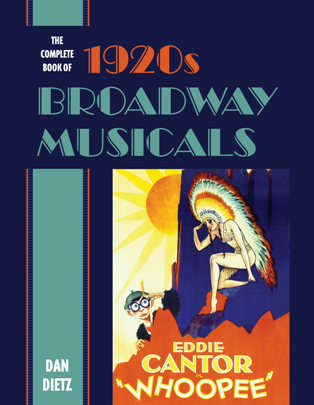 In The Complete Book of 1920s Broadway Musicals, Dan Dietz examines in detail every book musical that opened on Broadway during the years 1920-1929. The book discusses the era's major successes as well as its forgotten failures. The hits include A Connecticut Yankee; Hit the Deck!; No, No, Nanette; Rose-Marie; Show Boat; The Student Prince; The Vagabond King; and Whoopee, as well as ambitious failures, including Deep River; Rainbow; and Rodgers' daring Chee-Chee.

Each entry contains the following information:

Besides separate entries for each production, the book offers numerous appendixes, including ones which cover other shows produced during the decade (revues, plays with music, miscellaneous musical presentations, and a selected list of pre-Broadway closings). Other appendixes include a discography, filmography, a list of published scripts, and a list of black-themed musicals. This book contains a wealth of information and provides a comprehensive view of each show. The Complete Book of 1920s Broadway Musicals will be of use to scholars, historians, and casual fans of one of the greatest decades in the history of musical theatre.