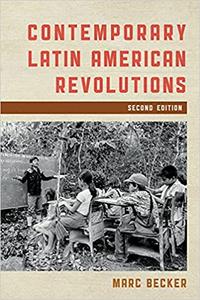 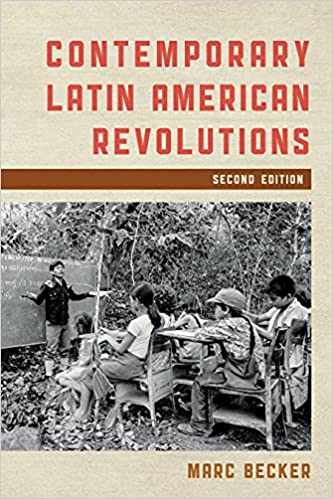 Contemporary Latin American by Marc Becker
English | ISBN: 1538163721, 153816373X | 374 pages | EPUB | January 15, 2022 | 3.10 Mb
Revolutions are a commonly studied but only vaguely understood historical phenomenon. Now updated to include the perspectives of grassroots revolutionary movements and biographies of often marginalized voices, this clear and concise text extends our understanding with a critical narrative analysis of key case studies: the 1910–1920 Mexican Revolution; the 1944–1954 Guatemalan Spring; the 1952–1964 MNR-led revolution in Bolivia; the Cuban Revolution that triumphed in 1959; the 1970–1973 Chilean path to socialism; the leftist Sandinistas in Nicaragua in power from 1979–1990; failed guerrilla movements in Colombia, El Salvador, and Peru; and the Bolivarian Revolution in Venezuela after Hugo Chávez’s election in 1998. Historian Marc Becker opens with a theoretical introduction to revolutionary movements, including a definition of what “revolution” means and an examination of factors necessary for a revolution to succeed. He analyzes revolutions through the lens of those who participated and explores the sociopolitical conditions that led to a revolutionary situation, the differing responses to those conditions, and the outcomes of those political changes. Each case study provides an interpretive explanation of the historical context in which each movement emerged, its main goals and achievements, its shortcomings, its outcome, and its legacy. The book concludes with an analysis of how elected leftist governments in the twenty-first century continue to struggle with issues that revolutionaries confronted throughout the twentieth century.
>>Come Visit My Blog<<