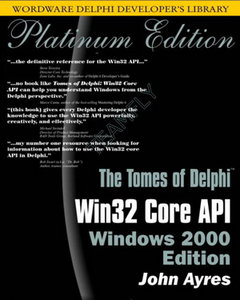 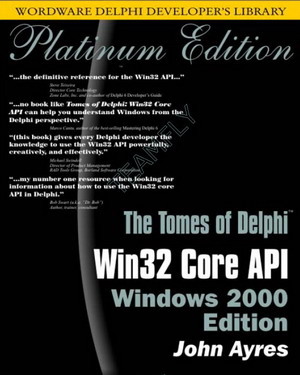 John Ayres, "Tomes of Delphi: Win32 Core API Windows 2000"
2001 | pages: 759 | ISBN: 1556227507 | PDF | 6,7 mb
The Tomes of Delphi series from John Ayres is recognized as the definitive reference for Delphi programmers and developers. The first edition received rave reviews from industry publications as well as Inprice developers as being the Rosetta stone which forms the link between Delphi and the Windows API.