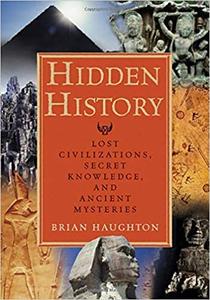 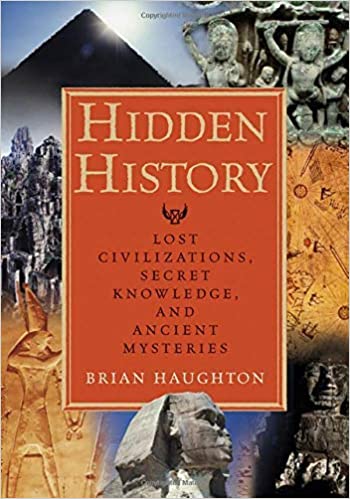 Brian Haughton, "Hidden History: Lost Civilizations, Secret Knowledge, and Ancient Mysteries"
English | 2007 | ISBN: 1564148971 | PDF | pages: 277 | 9.1 mb
Despite being enmeshed in a culture steeped in technology and science, the magic and mysteries of the ancient world can still haunt our imagination. Through their architecture, artefacts and deeds, ancient cultures speak to us across thousands of dusty years–from the labyrinthine palace of Knossos on Crete and the lofty pyramids of Egypt to the remotest jungle temples of Peru and the megalithic mystery of Stonehenge. Hidden History brings together a fascinating selection of these ancient enigmas, arranging them into three sections: Mysterious Places, Unexplained Artefacts, and Enigmatic People.
You'll discover fascinating facts about:
The Great Sphinx–Mysticism and archaeology collide in the ongoing debate over this enigmatic monument.
Mystery Hill–Who built the intriguing megalithic complex lying 40 miles north of Boston?
The Antikythera Mechanism–An ancient Greek computer found beneath the Aegean Sea.
The Giant Hill-Figures of England–The Uffington White Horse and other huge chalk figures cut into the English countryside thousands of years ago.
The Queen of Sheba–Clues to the real identity of this mighty ruler famous for her Biblical visit to King Solomon
Newgrange–Hundreds of years older than the Giza Pyramid and Stonehenge. Who were the builders of this Irish megalithic monument?
Hidden History fills the gap between archaeology and alternative history using the latest available data and a common sense, open-minded approach. The book discusses not only ancient history's major mysteries, but also some of the puzzles of alternative history–like the "Coso Artefact," the possibility of ancient flight, and the mysterious "Voynich Manuscript"–as well as mysterious peoples from the Magi and the Druids to the Knights Templar and the Green Children. With more than 50 photographs and illustrations, this is the ideal reference work for those interested in the archaeology of these great enigmas.