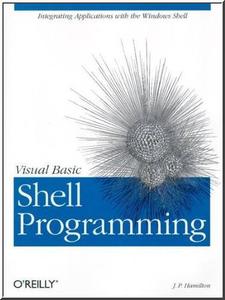 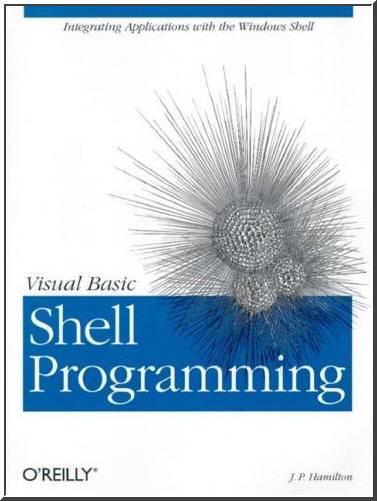 VB Shell Programming by J.P. Hamilton
Publisher: O'Reilly; 1 edition (July 1, 2000) | ISBN-10: 1565926706 | CHM | 1 Mb | 388 pages
Visual Basic's outstanding set of resources for rapidly developing stand-alone applications doesn't include shell extensions for integrating those applications or their data files with the Windows shell. Typically, such extensions as customized context menu handlers, per instance icons (such as a data file icon that's based on the contents of the file), and customized property sheets are written in C++, and all of the available documentation focuses on using C++ for shell extensions. But even C++ programmers find the task rough going, given the woefully inadequate state of the documentation. Very few programmers know that writing shell extensions is not tied to a single language or development environment, and that Visual Basic is an excellent tool for creating shell extensions that more closely tie an application to the Windows shell. That, however, is precisely the focus of Visual Basic Shell Programming. It shows how to take advantage of shell services to develop shell extensions and it provides the basic documentation needed for accomplishing this. Each major type of shell extension gets attention, including:
— Context menu handlers that can add items to the popup menu that appears when the user right clicks a file.— con handlers for displaying per instance icons that, like the standard Recycle Bin icon, vary depending on some condition— Property sheet pages, which appear when the user selects the Properties option from a file's context menu.— InfoTip handlers, which display tooltips, or "info" tips for a file object on a per instance basis.In showing how to integrate applications with the Windows shell by building shell extensions, author J.P. Hamilton provides a concrete tutorial on COM programming with Visual Basic. And while developing their own shell extensions, readers get to learn advanced VB concepts and techniques such as:
— Pointers. Since VB tends to hide pointers from the programmer, Hamilton shows how to take advantage of the undocumented VarPtr, StrPtr, and ObjPtr functions, as well as the Win32 — RtlMoveMemory function.— Using class identifiers (CLSIDs) from Visual Basic.— VTable modification, which allows control of the HRESULT (or status code) returned by a call to a COM method.Visual Basic Shell Programming ventures where none have gone before by giving readers both the know-how to develop shell extensions and an advanced treatment of COM programming with Visual Basic.