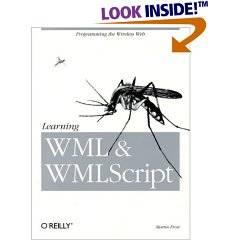 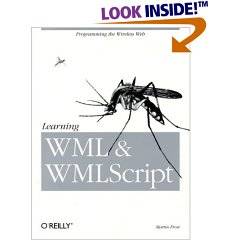 The next generation of mobile communicators is here, and delivering content to them will mean programming in WML (Wireless Markup Language) and WMLScript, the languages of the Wireless Application Environment (WAE). The WAE allows information in almost all applications to be formatted for display on mobile devices, such as cell phones, and enables the user to interact with the information. Why learn yet another technology? According to some estimates, 75 percent of web document viewing by the year 2002 will be through non-desktop devices, many using wireless technologies. Clearly, the future is wireless. For web developers who want to get up to speed quickly in these languages, Learning WML & WMLScript maps out in detail the WAE and its two major components, WML and WMLScript. Fortunately, the WAE provides a World Wide Web-like model for writing applications, incorporating several key features of the Web to ease the transition for developers. Almost all wireless applications can be written with WML, which replaces HTML in the wireless environment, and WMLScript, which replaces JavaScript. With this book, web developers with some knowledge of programming and C, Java, or JavaScript syntax can easily master both languages. Chapter by chapter, Learning WML & WMLScript takes readers through the following WML topics