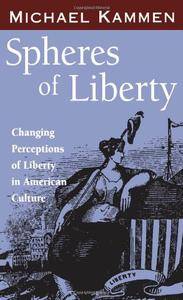 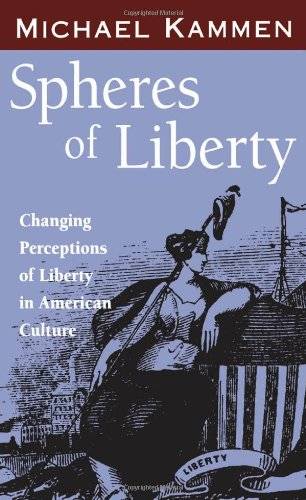 Liberty, one of the most consequential words in our language, is one of the most treasured concepts in American thought--and one of the most intensely debated. Its meaning is constantly shifting, changing not only from one culture to another but also, over time, within the same culture. No two definitions of liberty seem alike.

In this subtle and illuminating work Michael Kammen traces the evolving concept of liberty throughout American history and provides a solid framework for understanding the meaning of the term today. He shows that by the early seventeenth century a tension between liberty and authority was well recognized. Throughout the eighteenth century and especially during the American Revolution a bond between liberty and property was asserted. By the end of the eighteenth century this concept of liberty was so well established that it remained dominant throughout the nineteenth. By the early twentieth century, as the notion of social justice gained prominence, liberty and justice were paired frequently, and by midcentury the two had become allied to general American values. Since the 1960s the union of liberty and equality has been the prevailing notion, and achieving them has proved a major objective.

In a lively and learned manner Kammen also shows that Americans have subscribed to different definitions of liberty concurrently. Above all, there has been a steady expansion of what is embraced by the concept of liberty. This expansion has created difficulties in public discourse, causing groups to misunderstand one another. On the other hand, interpretations of liberty have broadened to include such concepts as constraints on authority, a right to privacy, and the protection of personal freedoms.

In a new preface for this Banner Books edition Kammen responds to evaluations of earlier editions and places his views within the context of more recent studies.