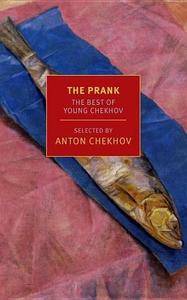 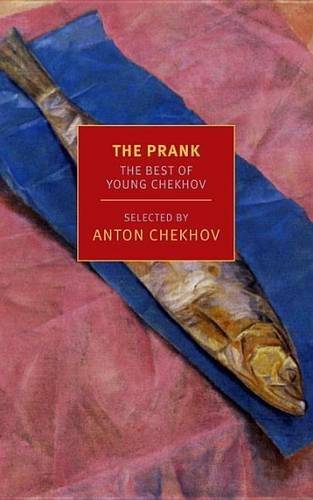 The Prank is Chekhov’s own selection of the best of his early work, the first book he put together and the first book he hoped to publish. Assembled in 1882, with illustrations by Nikolay Chekhov, the book was then presented to the censor for approval—which was denied. Now, more than a hundred and thirty years later, The Prank appears here for the first time in any language.

At the start of his twenties, when he was still in medical school, Anton Chekhov was also busily setting himself up as a prolific and popular writer. Appearing in a wide range of periodicals, his shrewd, stinging, funny stories and sketches turned a mocking eye on the mating rituals and money-grubbing habits of the middle classes, the pretensions of aspiring artists and writers, bureaucratic corruption, drunken clowning, provincial ignorance, petty cruelty—on Russian life, in short. Chekhov was already developing his distinctive ear for spoken language, its opacities and evasions, the clichés we shelter behind and the clichés that betray us. The lively stories in The Prank feature both the themes and the characteristic tone that make Chekhov among the most influential and beloved of modern writers.
MORE BOOKS | MY RSS