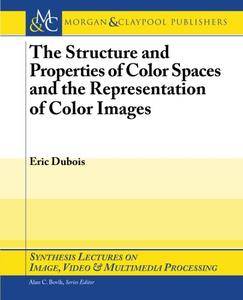 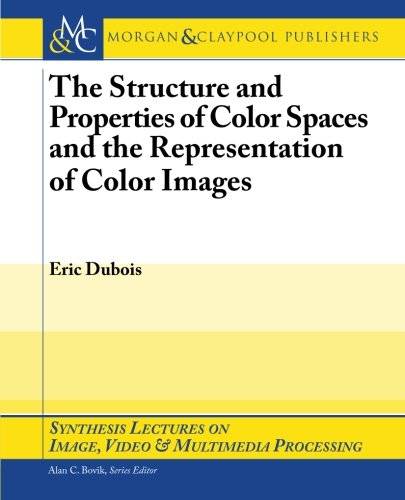 Eric Dubois, Alan C. Bovik, "The Structure and Properties of Color Spaces and the Representation of Color Images"
2009 | pages: 130 | ISBN: 1598292323 | PDF | 1,5 mb
This lecture describes the author's approach to the representation of color spaces and their use for color image processing. The lecture starts with a precise formulation of the space of physical stimuli (light). The model includes both continuous spectra and monochromatic spectra in the form of Dirac deltas. The spectral densities are considered to be functions of a continuous wavelength variable. This leads into the formulation of color space as a three-dimensional vector space, with all the associated structure. The approach is to start with the axioms of color matching for normal human viewers, often called Grassmann's laws, and developing the resulting vector space formulation. However, once the essential defining element of this vector space is identified, it can be extended to other color spaces, perhaps for different creatures and devices, and dimensions other than three. The CIE spaces are presented as main examples of color spaces. Many properties of the color space are examined. Once the vector space formulation is established, various useful decompositions of the space can be established. The first such decomposition is based on luminance, a measure of the relative brightness of a color. This leads to a direct-sum decomposition of color space where a two-dimensional subspace identifies the chromatic attribute, and a third coordinate provides the luminance. A different decomposition involving a projective space of chromaticity classes is then presented. Finally, it is shown how the three types of color deficiencies present in some groups of humans leads to a direct-sum decomposition of three one-dimensional subspaces that are associated with the three types of cone photoreceptors in the human retina. Next, a few specific linear and nonlinear color representations are presented. The color spaces of two digital cameras are also described. Then the issue of transformations between \emph{different} color spaces is addressed.