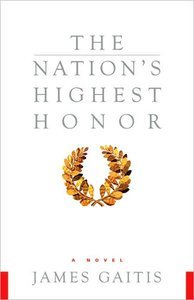 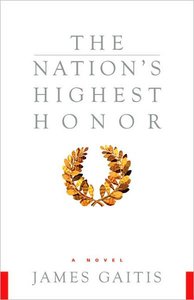 James Gaitis "The Nation's Highest Honor: A Novel"
Kunati Inc. | English | 2009-05-01 | ISBN: 1601641729 | 288 pages | PDF | 10 MB
At an unspecified time in the near future, the world has enjoyed decades of peace and prosperity thanks to the worldwide dissemination of an anti-violence vaccine that was invented by a ruthless industrialist named Nolebody. When scientists discover that the vaccine has a half-life—and that this half-life is about to be reached—the administration is not prepared to keep order, since the military has been disbanded and no one knows how to operate the obsolete weaponry. In a cynical plot to restore stability, the government's leaders resolve to award the nation’s highest honor, the Nolebody Award to a reclusive desert hermit named Leonard Bentwood who lives in a shack in the desert and fashions sculptures from feathers, dead lizards, and other found objects and who is utterly unaware of the fact that he is one of the most renown figures in the world. The unwitting Bentwood travels to the capital to accept the award, triggering a totally unexpected sequence of events. In a staggering example of the power of unintended consequences, his acceptance speech triggers a revolution that sweeps the government from power. This wise and thoughtful fable entertains as it lampoons governments of every stripe.