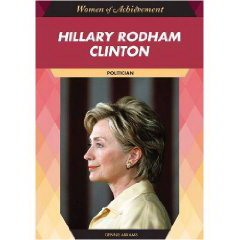 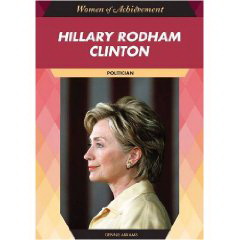 Hillary Rodham Clinton: Politician
Publisher: Chelsea House Publications | ISBN: 1604130776 | edition 2009 | PDF | 144 pages | 6.15 mb
This former first lady and Yale Law graduate was destined for political life. Hillary Rodham Clinton brought her intelligence and drive to numerous projects during her husband's presidency in the 1990s. In 2000, she campaigned for the U.S. Senate race as a representative from New York. Her win made her the first first lady to be elected to the Senate following her husband's presidency. For the 2008 presidential campaign, Clinton became a contender for the Democratic nomination for president, and is widely considered to be the first woman to have conducted a viable campaign to be president of the United States. Though she lost that nomination to Barack Obama, this former first lady and current U.S. senator continues to promote the interests of children and families.