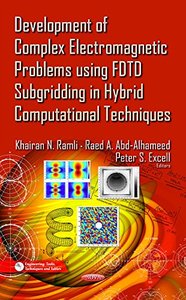 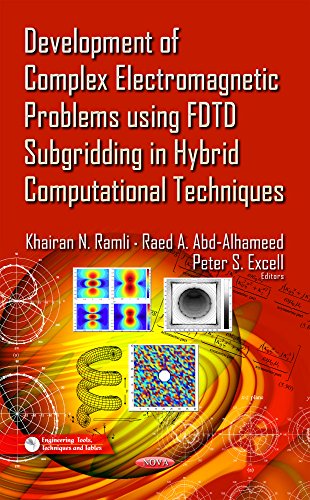 In Method of Moments modelling, the surface kernel solution is derived for 1-D, 2-D and 3-D. The electric surface patch integral formulation is solved by independent linear basis function methods in the circumferential and axial directions of the antenna wires. A similar orthogonal basis function is used on the end surface and appropriate attachments with the wire surface are employed to satisfy the requirements of current continuity. The surface current distributions on structures which may include closely spaced parallel wires are investigated and analysed. The results are found to be stable and showed good agreement with less comprehensive earlier work by others. Moreover, Galerkin technique is employed to predict the effect of a chiral bianisotropic substrate of a rectangular microstrip resonator in the spectral domain.

The work also investigates the interaction between overhead high voltage transmission lines and underground utility pipelines using the FDTD technique for the whole structure, combined with a subgridding method at points of interest. The induced fields above the pipeline are computed. The Perfectly Matched Layer (PML) concept has been utilized to circumvent open-region geometries. The establishment of edge elements has greatly improved the performance of this method and the computational burden due to huge numbers of time steps, in the order of tens of millions, has been eased to tens of thousands by employing quasi-static methods.

The book also illustrates the principle of the equivalent surface boundary employed close to the antenna for MoM-FDTD-SGFDTD hybridisation. It shows the benefit of using hybrid methods due to their ability to analyse a system of multiple discrete regions by employing the principle of equivalent sources to excite the coupling surfaces. A human body model is developed to interact with a short range RFID antenna. The near and far field radiation pattern are explored for which the cumulative distribution function of antenna radiation efficiency is presented. The field distributions show reasonable and stable results at 900 MHz. This work helps deeper investigation of the phenomena in the interaction between electromagnetic fields and human tissues.

FDTD method is further used at powerline and mobile communication frequency to model the interaction between the EM wave and electrically small objects. The method is also employed for lumped-element biological cell model in which Floquet periodic boundary conditions are imposed to introduce a periodic replication effect of the biological cell. Furthermore, the hybrid MoM-FDTD technique permits different parts of an antenna to be computed. The Equivalence Principle describes the fields between the different parts accurately. The method facilitates precise computation of antenna in proximity with lossless and lossy dielectric media.