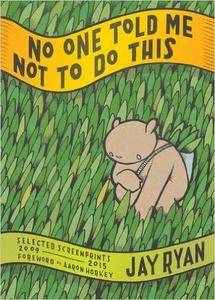 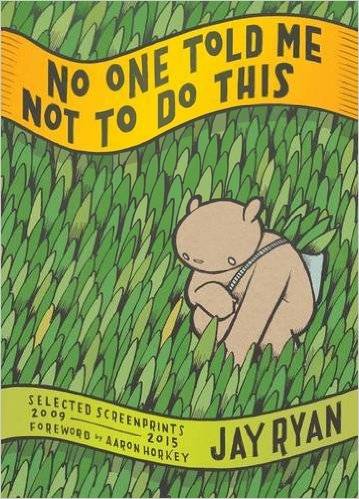 "Ryan has been making strange little creatures since the mid-’90s, most often for bands in the Chicago area looking to promote concerts with something splashier than a Xeroxed flyer. His work is unmistakable: Whether it’s a bunch of animals cozied up under the covers or a smashed-up satellite advertising a Hum reunion, there’s nothing else exactly like it (and nothing nearly as charming)."
–The A.V. Club, staff pick

"This richly illustrated volume holds a treasure of eclectic images that utter messages for the viewer to interpret."
–San Francisco Book Review

"[The book] features Ryan’s colorful and distinctive artwork, most of which are concert posters, including those for shows by queer artists including Bob Mould and St. Vincent."
– Living Out LI

"An exceptional guide to not just Jay Ryan's art, but to the process involved in making superior screenprints."
–Donovan's Literary Services, a Prime Pick

This third collection of Ryan's "greatest hits" features prints made between 2009 and 2015, including posters for bands such as Andrew Bird, Shellac, My Morning Jacket, Sonic Youth, Dinosaur Jr., Hum, St. Vincent, and others, as well as posters featuring Lil BUB, Cards Against Humanity, various bicycle races, film screenings, and pictures of sloths, walruses, and other mammals in states of troubled sleep. With a foreword by master illustrator Aaron Horkey, this volume comprises two hundred screenprints with commentary and original drawings used in the screenprinting process.