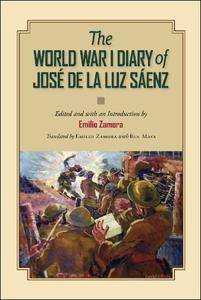 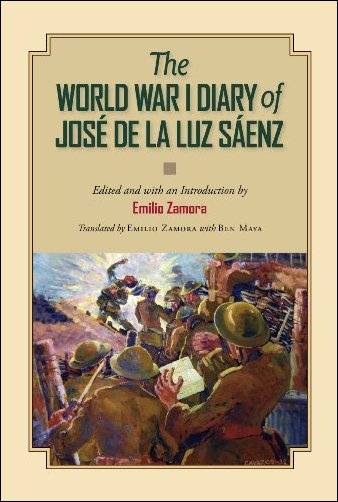 The World War I Diary of José de la Luz Sáenz (C. A. Brannen Series) by José de la Luz Sáenz, edited by Emilio Zamora, translated by Ben Maya
English | February 18, 2014 | ISBN: 1623491134, 1623491142 | EPUB | 528 pages | 11.7 MB
“I am home, safe and sound, and reviewing all these memories as if in a dream. All of this pleases me. I have been faithful to my duty.” Thus José de la Luz Sáenz ends his account of his military service in France and Germany in 1918. Published in Spanish in 1933, his annotated book of diary entries and letters recounts not only his own war experiences but also those of his fellow Mexican Americans.

A skilled and dedicated teacher in South Texas before and after the war, Sáenz’s patriotism, his keen observation of the discrimination he and his friends faced both at home and in the field, and his unwavering dedication to the cause of equality have for years made this book a valuable resource for scholars, though only ten copies are known to exist and it has never before been available in English. Equally clear in these pages are the astute reflections and fierce pride that spurred Sáenz and others to pursue the postwar organization of the League of United Latin American Citizens (LULAC).

This English edition of one of only two known war diaries of a Mexican American in the Great War is translated with an introduction and annotation by noted Mexican American historian Emilio Zamora.