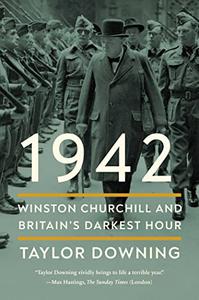 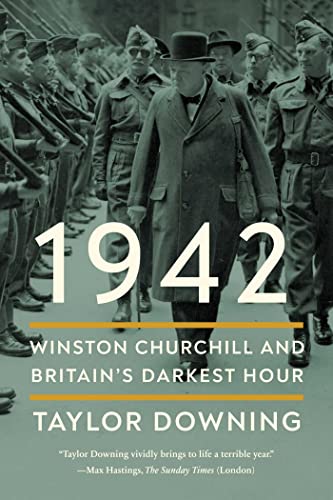 A revelatory new work of popular history focused on the year 1942, as the fate of Britain—and Winston Churchill’s leadership—hangs in the balance.

Eighty years ago, Britain stood at the brink of defeat.

In 1942, a string of military disasters engulfed Britain in rapid succession : the collapse in Malaya; the biggest surrender in British history at Singapore; the passing of three large German warships through the Straits of Dover in broad daylight; the longest ever retreat through Burma to the gates of India; serious losses to Rommel's forces in North Africa; the siege of Malta and the surrender at Tobruk.

All of this occurred against the backdrop of catastrophic sinkings in the Atlantic and the Arctic convoys. People began to claim that Churchill was not up to the job and his leadership was failing badly. Public morale reached a new low. Taylor Downing’s 1942 explores the story of frustration and despair of that year, prompting Winston Churchill to demand of his army chief, "Have you not got a single general who can win battles?” Using newly discovered archival material, historian Taylor Downing shows just how unpopular Churchill became in 1942, with two votes attacking his leadership in the House of Commons and the emergence of a serious political rival.

Some argue that Britain's most precarious moment of the war was in 1940—when the nation stood up against the threat of German invasion during the Battle of Britain. But in 1942, Taylor Downing describes, in nail-biting detail, what was really Britain's darkest hour of World War II.