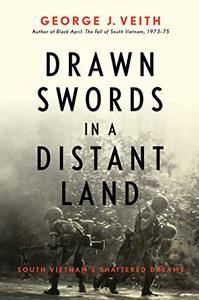 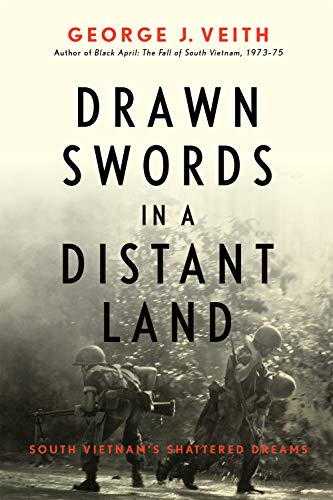 Drawn Swords in a Distant Land: South Vietnam's Shattered Dreams by George J. Veith
2021 | ISBN: 1641771720 | English | 660 pages | EPUB | 6 MB
Drawn Swords in a Distant Land showcases the fascinating, untold story of the rise and fall of the Republic of Vietnam. Putting aside outdated ideological debates, it offers the first in-depth review of the South Vietnamese successes and failures in building and defending their state.

Drawn Swords highlights the career of President Nguyen Van Thieu, who in many ways embodied the hopes, dreams, and innumerable tragedies of the South Vietnamese people. It details the extent to which the Vietnamese Nationalists under his leadership built a viable state after the 1968 Tet Offensive; weaves together the policy decisions made in Washington, Hanoi, and Saigon that significantly determined the course of the war; and explains why South Vietnam was defeated in April 1975. Equally important, it provides stunning new details about how the coup against Ngo Dinh Diem was almost halted, describes the backroom maneuvering that chose Thieu for the presidency over Nguyen Cao Ky, and demonstrates that Richard Nixon was not the instigator of a conspiracy with Thieu known as the “Chennault Affair” to win the 1968 election.

Even more explosive, Drawn Swords reveals the last, great secret of the Vietnam War: a plot by France during the last days, in conjunction with one of Hanoi’s allies, to prevent North Vietnam from conquering Saigon. This previously unknown scheme, along with many other intriguing new insights, sheds fresh light on the tumultuous struggle called the Vietnam War. Drawn Swords is the definitive and much overdue account of Thieu and the Second Republic.