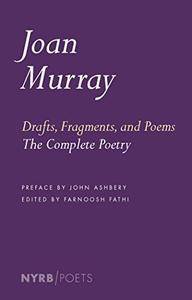 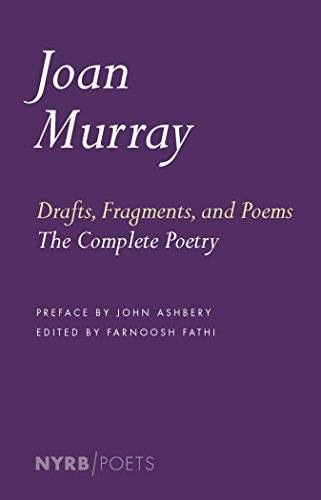 Drafts, Fragments, and Poems: The Complete Poetry by Joan Murray, edited by Farnoosh Fathi
English | February 6, 2018 | ISBN: 1681371820 | EPUB | 296 pages | 1.2 MB
The first appearance of this award-winning writer's work since the 1940s, this collection, which includes an introduction by John Ashbery, restores Joan Murray's striking poetry to its originally intended form.

Though John Ashbery hailed Joan Murray as a key influence on his work, Murray’s sole collection, Poems, published after her death at the early age of twenty-four and selected by W. H. Auden for inclusion in the Yale Series of Younger Poets, has been almost entirely unavailable for the better part of half a century. Poems was put together by Grant Code, a close friend of Murray’s mother, and when Murray’s papers, long thought to be lost, reappeared in 2013, it became clear that Code had exercised a heavy editorial hand. This new collection, edited by Farnoosh Fathi from Murray’s original manuscripts, restores Murray’s raw lyricism and visionary lines, while also including a good deal of previously unpublished work, as well as a selection of her exuberant letters.