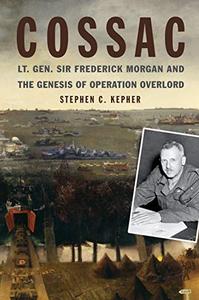 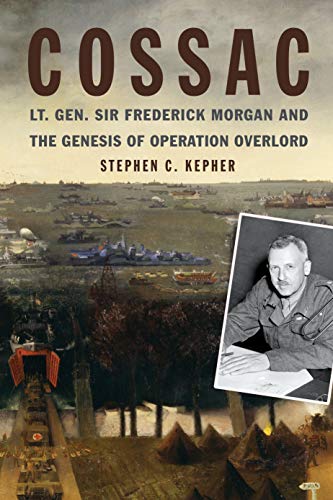 COSSAC: Lt. Gen. Sir Frederick Morgan and the Genesis of Operation OVERLORD (Studies in Naval History and Sea Power) by Stephen C. Kepher
English | September 15, 2020 | ISBN: 1682475085 | EPUB | 336 pages | 7.4 MB
When Frederick Morgan was appointed COSSAC (Chief of Staff to the Supreme Allied Commander), in the spring of 1943, there was no approved plan for a cross-Channel attack and no commander. There was not even agreement about when the re-entry into the Continent would occur. The western Allies were in the midst of a great debate about the strategy or strategies to defeat Nazi Germany.

COSSAC's primary task was to create a plan that would be approved by the inter-allied Combined Chiefs of Staff. To gain that authorization, Morgan had to decide where the attack was to take place, address the need for improvised shelters for the transport ships until a port could be captured; create all the structure necessary for a multi-national force that would liberate countries, not occupy them; and convince his superiors that it could be done with the limited forces they were willing to provide.

COSSAC presents a new interpretation of Morgan's vital contributions to the development of the OVERLORD plan by exploring his leadership, his unorthodox approach to problem-solving, and his willingness to disregard or modify orders he thought wrong. By constantly taking the initiative to move the discussions forward, Morgan secured the needed political approval of a concept for the Normandy landings that Montgomery and Eisenhower would modify into the D-Day operational plan.