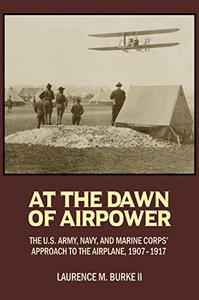 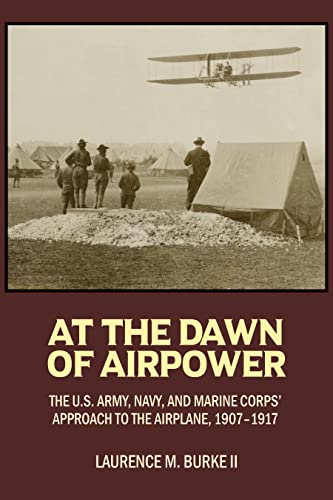 At the Dawn of Airpower
by Burke II, Laurence M;

English | 2022 | ISBN: ‎ 1682477290 | 384 pages | True PDF | 9.77 MB
At the Dawn of Airpower: The U.S. Army, Navy, and Marine Corps' Approach to the Airplane, 1907-1917 examines the development of aviation in the U.S. Army, Navy, and Marine Corps from their first official steps into aviation up to the United States' declaration of war against Germany in April, 1917. Burke explains why each of the services wanted airplanes and show how they developed their respective air arms and the doctrine that guided them.   His narrative follows aviation developments closely, delving deep into the official and personal papers of those involved and teasing out the ideas and intents of the early pioneers who drove military aviation   Burke also closely examines the consequences of both accidental and conscious decisions on the development of the nascent aviation arms.

Certainly, the slow advancement of the technology of the airplane itself in the United States (compared to Europe) in this period affected the creation of doctrine in this period.  Likewise, notions that the war that broke out in 1914 was strictly a European concern, reinforced by President Woodrow Wilson's intentions to keep the United States out of that war, meant that the U.S. military had no incentive to "keep up" with European military aviation.  Ultimately, however, he concludes that it was the respective services' inability to create a strong, durable network connecting those flying the airplanes regularly (technology advocates) with the senior officers exercising control over their budget and organization (technology patrons) that hindered military aviation during this period.