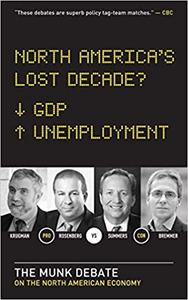 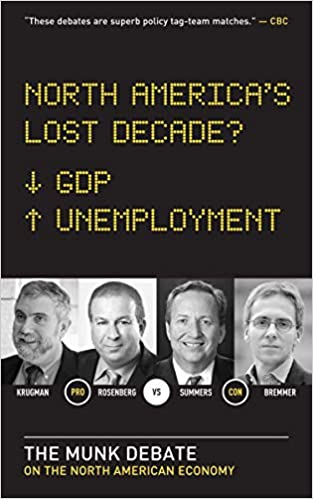 Lawrence Summers, David Rosenberg, Paul Krugman, Ian Bremmer, "North America's Lost Decade?: The Munk Debate on the North American Economy"
English | 2012 | ISBN: 1770892001 | 92 pages | EPUB | 0.8 MB
As stock markets gyrate, Europe lurches from crisis to crisis, and recovery in the United States slows, the future of the North American economy is more uncertain than ever. Can individual entrepreneurship, corporate innovation, and governments create a new era of sustained economic growth? Or, will the ongoing financial crisis, political dysfunction in the United States, and the rise of emerging nations erode living standards in North America for the long term?

This riveting debate features four of the world's most renowned economists discussing the single most important issue facing all North Americans in a lively, engaging forum. The economy is a concern that demands our immediate attention and this enlightening and hugely important debate is a must-read for all of us.