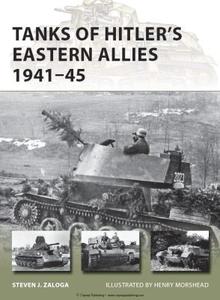 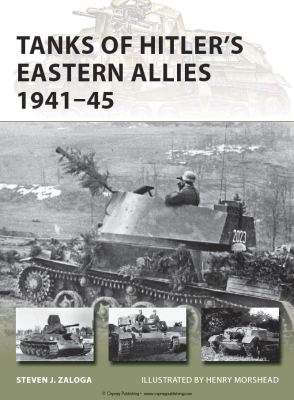 Tanks of Hitler’s Eastern Allies 1941-45 (Osprey New Vanguard 199)
2013 | ISBN: 1780960204 | English | 50 Pages | True PDF | 3,6 MB
The titanic armor battles of the Russian Front are widely known, but the role of Germany’s eastern allies is not as well known. Two of these countries, Romania and Hungary, manufactured their own tanks as well as purchasing tanks from Germany. These ranged from older, obsolete types such as the PzKpfw 35(t) all the way up to the latest and best German vehicles including the Tiger I and Hetzer. These tanks played a frequent role in the battles in southern Russia and Ukraine and were especially prominent in the disaster at Stalingrad where the Red Army specifically chose the weaker Romanian and Hungarian salients for their critical envelopment operation. This New Vanguard will provide a broad survey of the various and colorful tanks used. Besides covering the largest of these Axis tank forces, this book will cover the many smaller and lesser known forces including the Italian contingent in Russia, the Finnish armored force, and the small but interesting armored forces of the Russian Vlasov (RONA), Croatian, Bulgarian and Slovakian armies. This subject is seeing increasing interest in the modeling world; for example Tamiya recently announced a PzKpfw 35 (t) (suitable for Romanian, Slovak armies) a Finnish StuG III, and a Finnish BT-42.