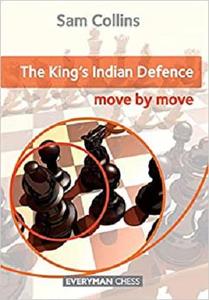 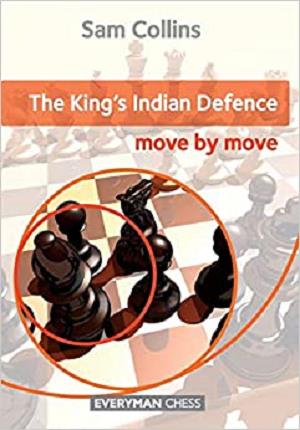 The King's Indian Defence: Move by Move (Everyman Chess) by Sam Collins
English | October 3, 2017 | ISBN: 1781944040 | 400 pages | AZW3 | 12.23 MB
The King's Indian is a hugely popular opening at all levels of chess. Rather than attempting to secure early equality, Black is fighting for the initiative from the very first moves. White is allowed to build up an early central advantage but Black relies on the middlegame, hoping that the central installations that White has constructed will become unwieldy and vulnerable to a devastating counterattack. In many variations, White pursues material or strategic gains but in return Black has tactical and attacking opportunities. The King's Indian Defence appeals to players who arrive at the board prepared for a fight.

The Move by Move series provides an ideal format for the keen chessplayer to improve their game. While reading you are continually challenged to answer probing questions – a method that greatly encourages the learning and practising of vital skills just as much as the traditional assimilation of chess knowledge. Carefully selected questions and answers are designed to keep you actively involved and allow you to monitor your progress as you learn. This is an excellent way to study chess while providing the best possible chance to retain what has been learnt.