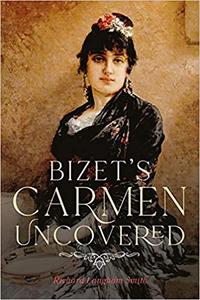 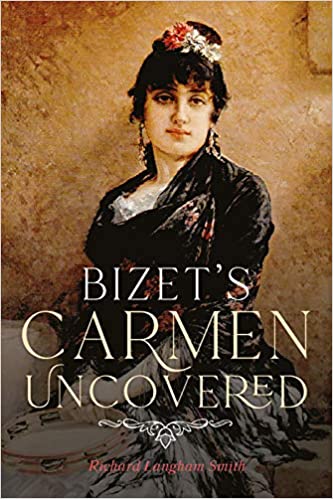 Richard Langham Smith, "Bizet's Carmen Uncovered"
English | ISBN: 1783275251 | 2021 | 340 pages | PDF | 65 MB
What were the forces that brought Carmen to the Operatic stage? There were certainly many: for example, the liberation of Spain from the Napoleonic rule in 1813; the subsequent emigration of Spanish artists and musicians to form an active community in Paris; the mid-century mushrooming of interest in visiting Spain facilitated by the establishment of railways. The first part of this book explores the reasons behind the French mania for Spain, and the second demonstrates how the travels and writings of Prosper Mérimée, particularly in his novella Carmen, but also in his earlier writings sent back to Paris from his first visit to Spain in the 1830s, were incorporated into the opera. What were the stories he incorporated into the fateful tale of the soldier who murders his gypsy lover? And how important was the Spanish background to this tragic tale?

This book explores how the stereotypes of Andalusian-gypsy spectacle, banditry, and the fiestas of the bullfight contributed to the eventual success of Bizet's opera. How did Bizet and his librettists, Meilhac and Halévy – and the scenographic team – capture the spirit of Spain so strongly as to seduce opera-goers around the world? And how did it hybridise real Spanish music and French Opera with the essential 'moments' of Spanish life so important to Mérimée and his librettists? The original staging of the opera is used to examine both 'places' and characters, in particular of realities and mythologies about gypsies in the nineteenth century. It concludes with the first ways in which the opera reached the stage, both in terms of its scenography and how it was sung, played, and acted.

Copiously illustrated with materials emanating from before the first production, the book reveals some of the realities of the Spain which went into this ground-breaking opera, to this day continually re-invented with new angles, new settings, and new interpretations.