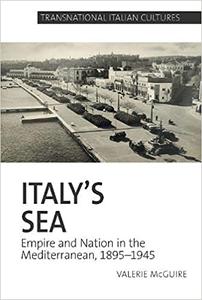 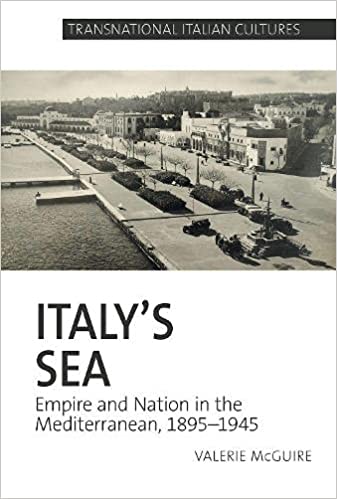 Valerie McGuire, "Italy's Sea: Empire and Nation in the Mediterranean, 1895-1945 "
English | ISBN: 1800348002 | 2020 | 272 pages | PDF | 8 MB
Italy's Sea enriches the metropole-colony frame that has tended to dominate studies of European colonial empire while assuming a transnational, trans-imperial and trans-Mediterranean approach to modern Italy and its empire. It reveals the inextricable links between nation, race and empire in
Italian culture and provides a much-needed intervention on Italian colonialism beyond Africa. While Italy's little-studied project to establish a nationalist empire in the Aegean has often been written off as "lite" or of little significance, the book shows how not only was it ambitious in scope but
also how the Italian state exploited Rhodes and the other fourteen islands of the Dodecanese to reunite modern Italians with illustrious memories of Greco-Roman culture and Venetian maritime expansion into the Levant. Arguing that Italian culture and politics nourished a discourse of
"Mediterranean-ism," Italy's Sea demonstrates the ideological and cultural continuities between imperialism during the Liberal and Fascist state and shows how the project to colonize the Mediterranean set the stage for Mussolini's ambitions to establish an Italian empire in Europe. This book shows
we cannot overlook Italy when we contemplate the legacies of European colonial modernity in the Mediterranean and that we cannot neglect discourses of the Mediterranean when we consider modern Italy.