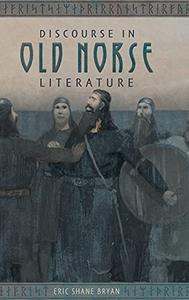 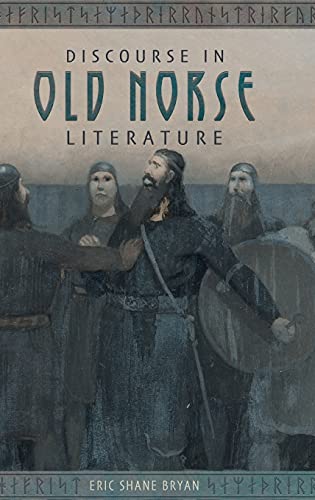 Discourse in Old Norse Literature (Studies in Old Norse Literature) by Eric Shane Bryan
2021 | ISBN: 1843845970 | English | 276 pages | EPUB/PDF | 9/8 MB
The vast and diverse corpus of Old Norse literature preserves the language spoken not only by the Vikings, kings, and heroes of medieval Scandinavia but also by outlaws, missionaries, and farmers. Scholars have long recognized that the wealth of verbal exchanges in Old Norse sagas presents the modern reader with the opportunity to speak face-to-face, as it were, with these great voices of the past. However, despite the importance of verbal exchanges in the sagas, there has been no book-length study of discourse in Old Norse literature since 1935.
This book meets the need for such a study by offering a literary analysis based on the adjacent field of pragmatic linguistics, which recognizes that speakers often rely upon cultural, situational, and interpersonal context to communicate their meaning. The resulting, context-dependent meaning often deviates from the base semantic and syntactical components of an utterance: speakers hedge, imply, deflect to save face, or obscure meaning to damage an opponent's self-worth. Saga writers, this book argues, were masters of this type of indirectness in speech. It aims therefore to unlock the depth and subtlety of discourse in Old Norse literature and to leave readers with an understanding of how principles of pragmatics were employed throughout the sagas. A wide body of Old Norse materials is examined, including some of the best examples of Íslendingasögur (sagas of Icelanders), such as Brennu-Njáls saga, Laxdœla saga, and Gísla saga Súrssonar, while also giving due attention to Konungasögur (kings' sagas), fornaldarsögur (legendary sagas), and other literature from the medieval North.