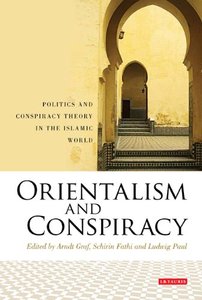 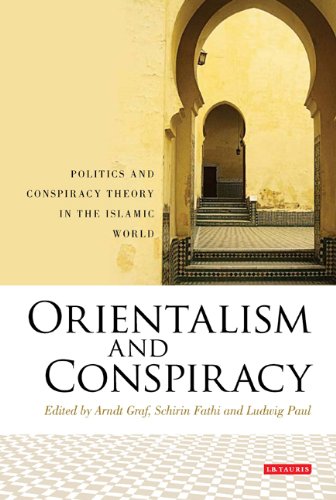 Orientalism and Conspiracy: Politics and Conspiracy Theory in the Islamic World (Library of Modern Middle East Studies) by Arndt Graf, Schirin Fathi and Ludwig Paul
English | 2010 | ISBN: 1848854145 | 288 pages | PDF | 1,4 MB
The relationship between Islam and the West has frequently been subject to misunderstanding and mistrust and recent events in the international arena have only deepened this perceived divide, culturally and politically. The West often views the Islamic world – and the Islamic world the West – through a prism of mutual suspicion.

In such conditions conspiracy theories can flourish on both sides of the cultural fence, but these highly complex and important global phenomena have been the subject of surprisingly little investigation. Orientalism and Conspiracy explores fully for the first time the relationship between the sometimes controversial concept of Orientalism, as developed by Edward Said, and contemporary conspiracy theories, and includes Robert Irwin's fascinating survey of the role of secret societies in orientalist mythology. The authors offer a comprehensive and ground-breaking study of the conspiracy theory and Islam. It is essential reading for those seeking to understand historical and contemporary relationships between the East and West as well as the enduring and controversial legacy of the concept of Orientalism.