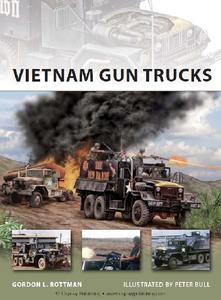 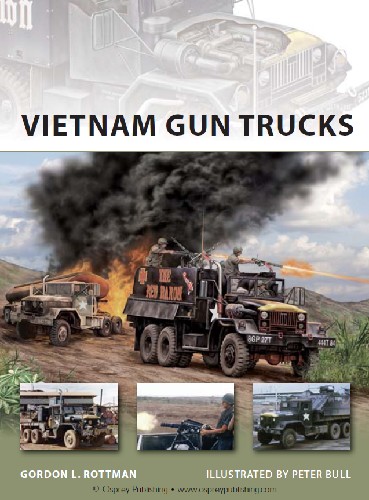 Vietnam Gun Trucks (Osprey New Vanguard 184)
2011 | ISBN: 184908355X | English | 49 Pages | True PDF | 1,5 MB
When US combat units began arriving in Vietnam in mid-1965 they were initially based in coastal cities. Munitions and supplies were delivered by sea at ports to directly supply the newly arrived forces. It was not long before American units began to venture into the countryside to engage the VC in the areas they controlled. Many of these areas were well inland and forward bases had to be established. These bases had to be continuously supplied and required a great deal of tonnage. Supplies had to be transported overland from the coastal ports of Qui Nhon and Cam Ranh Bay at Bong Son, An Khe, Pleiku, Dalat, and Buon Ma Thuot. Later, more inland bases were established and more seaports opened. The logistical efforts expanded and it became a major effort to run convoys to these bases. Discover the history of the little-known but vitally important improvised vehicles, or 'gun trucks', that were developed in-theatre in Vietnam by the vehicle crews themselves to protect convoys from Viet Cong ambushes in this highly-detailed, fully-illustrated title from our popular New Vanguard series.