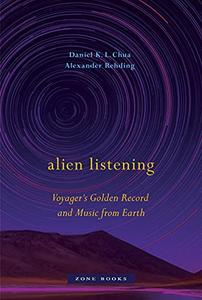 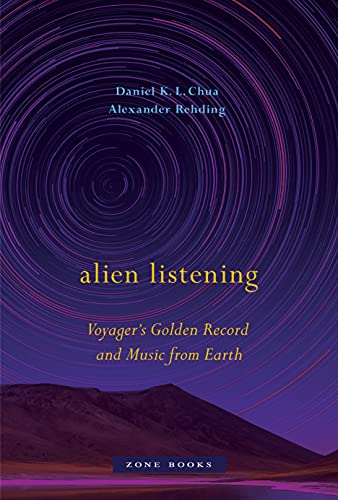 In 1977 NASA shot a mixtape into outer space. The Golden Record aboard the Voyager spacecrafts contained world music and sounds of Earth to represent humanity to any extraterrestrial civilizations. To date, the Golden Record is the only human-made object to have left the solar system. Alien Listening asks the big questions that the Golden Record raises: Can music live up to its reputation as the universal language in communications with the unknown? How do we fit all of human culture into a time capsule that will barrel through space for tens of thousands of years? And last but not least: Do aliens have ears?

The stakes could hardly be greater. Around the extreme scenario of the Golden Record, Chua and Rehding develop a thought-provoking, philosophically heterodox, and often humorous Intergalactic Music Theory of Everything, a string theory of communication, an object-oriented ontology of sound, and a Penelopean model woven together from strands of music and media theory. The significance of this exomusicology, like that of the Golden Record, ultimately takes us back to Earth and its denizens. By confronting the vast temporal and spatial distances the Golden Record traverses, the authors take listeners out of their comfort zone and offer new perspectives in which music can be analyzed, listened to, and thought about―by aliens and humans alike.