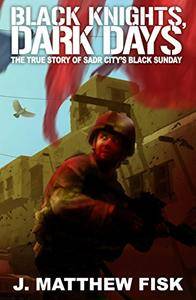 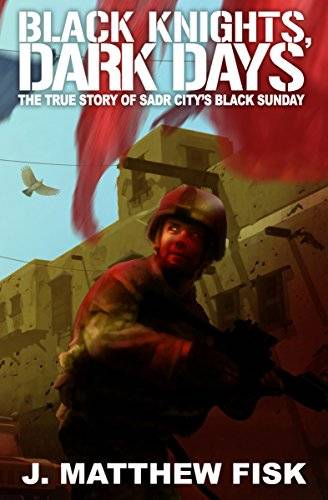 It was known as Black Sunday—April 4, 2004, the day when units of the United States’ 1st Cavalry Division saw their routine deployment turn into a harrowing and costly fight. Enraged, motivated, and well-armed insurgents crammed the alleys, streets, and buildings of Sadr City. In that fight, a surging mob of militants ambushed one small unit of the Black Knight battalion.

The heroic rescue attempt proved fatal for many of the determined soldiers who braved the gauntlet. Now, cavalry veteran Matt Fisk—who fought through Black Sunday and survived—gives a gut-level, over-the-rifle-sights view of a short, violent period when one of the safest places in the war zone suddenly turned into a cauldron of death and destruction, leaving eight US troops dead and dozens more wounded—only the beginning of a lengthy siege aimed at defeating the Mahdi Army.

Fisk’s brutally honest Black Knights, Dark Days covers it all, from his rough deployment with colorful and courageous fellow soldiers to the serious problems he encountered when he returned home. In the ultimate test of his coping skills, Fisk turned to the VA for help—and wound up facing the same frustrations that plague so many of today’s returning combat veterans.