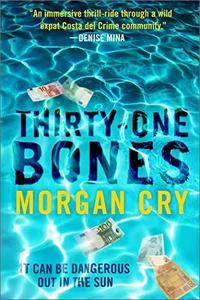 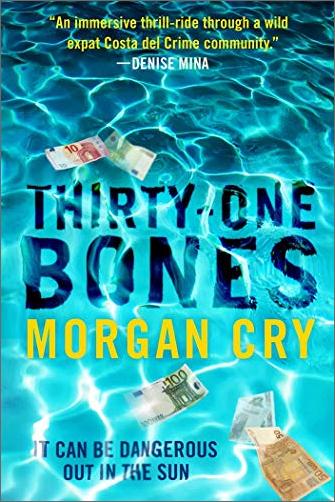 What Carl Hiaasen does for Florida and Elmore Leonard did for LA, Morgan Cry does for Spain's sun-splashed Mediterranean coast, where British expats and certain notorious criminals go to escape-slash-retire.

When Daniella Coulstoun's estranged mother, Effie, dies in Spain under suspicious circumstances, Daniella feels it's her duty to fly out for the funeral. Effie was the sole owner of the seedy expat pub Se Busca, whose faithful kept her in business for twenty years. Among them is a dangerous group of misfits who confront Daniella on her arrival, claiming that Effie stole huge sums of cash from them in a multimillion-euro property scam. They want the money back, and Daniella is on the hook for it.

When a suspicious Spanish detective begins to probe Effie's death and a London gangster hears about the missing money, Daniella faces threats on every front, including the promise of breakage to thirty-one of her precious bones. With no idea where the cash is and a seemingly impossible deadline, she has no choice but to fall back on her wits to solve the mystery in a world where she is out of depth and her very survival is at stake.