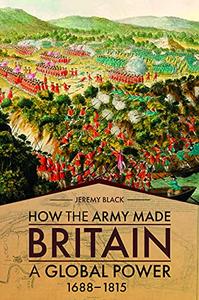 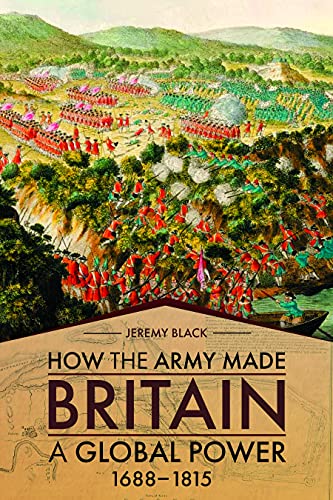 How the Army Made Britain a Global Power
by Jeremy Black;

Between 1760 and 1815, British troops campaigned from Manila to Montreal, Cape Town to Copenhagen, Washington to Waterloo. The naval dimension of Britain’s expansion has been superbly covered by a number of excellent studies, but there has not been a single volume that does the same for the army and, in particular, looks at how and why it became a world-operating force, one capable of beating the Marathas as well as the French. This book will both offer a new perspective, one that concentrates on the global role of the army and its central part in imperial expansion and preservation, and as such will be a major book for military history and world history. There will be a focus on what the army brought to power equations and how this made it a world-level force.

The multipurpose character of the army emerges as the key point, one seen in particular in the career of Wellington: while referred to disparagingly by Napoleon as a ‘sepoy general,’ Wellington’s ability to operate successfully in India and Europe was not only impressive but also reflected synergies in experience and acquired skill that characterized the British army. No other army matched this. The closest capability was that of Russia able, in 1806-14, to defeat both the Turks and Napoleon, but without having the transoceanic capability and experience enjoyed by the British army. The experience was a matter in part of debate, including over doctrine, as in the tension between the ‘Americans’ and ‘Germans,’ a reference to fields of British campaigning concentration during the Seven Years War. This synergy proved best developed in the operations in Iberia in 1809-14, with logistical and combat skills utilized in India employed in a European context in which they were of particular value.

The book aims to further address the question of how this army was achieved despite the strong anti-army ideology/practice derived from the hostile response to Oliver Cromwell and to James II. Thus, perception and politics are both part of the story, as well as the exigencies and practicalities of conflict, including force structure, command issues, and institutional developments. At the same time, there was no inevitability about British success over this period, and it is necessary to consider developments in the context of other states and, in particular, the reasons why British forces did well and that Britain was not dependent alone on naval effectiveness.