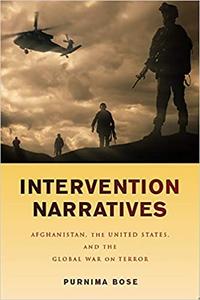 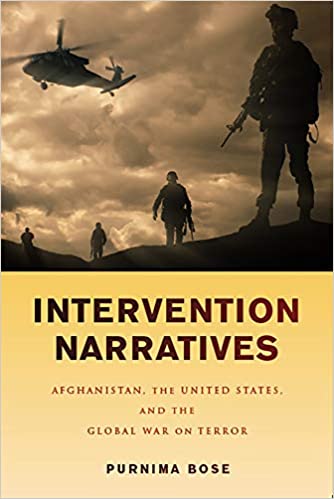 Intervention Narratives: Afghanistan, the United States, and the Global War on Terror (War Culture) by Purnima Bose
English | January 17, 2020 | ISBN: 1978805993, 1978805985 | 234 pages | PDF | 9 MB
Intervention Narratives examines the contradictory cultural representations of the US intervention in Afghanistan that help to justify an imperial foreign policy. These narratives involve projecting Afghans as brave anti-communist warriors who suffered the consequences of American disengagement with the region following the end of the Cold War, as victimized women who can be empowered through enterprise, as innocent dogs who need to be saved by US soldiers, and as terrorists who deserve punishment for 9/11. Given that much of public political life now involves affect rather than knowledge, feelings rather than facts, familiar recurring tropes of heroism, terrorism, entrepreneurship, and canine love make the war easier to comprehend and elicit sympathy for US military forces. An indictment of US policy, Bose demonstrates that contemporary imperialism operates on an ideologically diverse cultural terrain to enlist support for the war across the political spectrum.