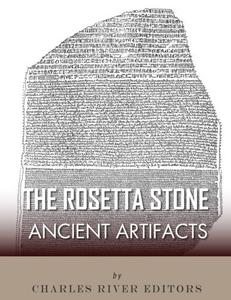 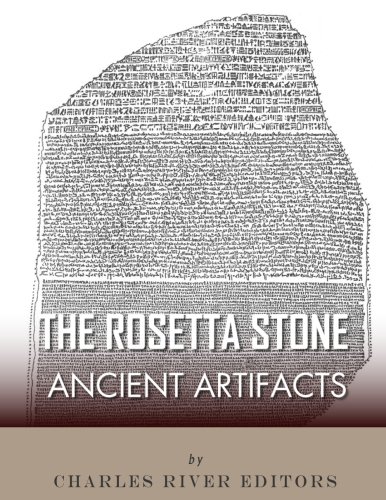 Charles River Editors, "Ancient Artifacts: The Rosetta Stone"
English | ISBN: 1986039013 | 2018 | EPUB | 84 pages | 1.4 MB
*Includes pictures.
*Explains how the Rosetta Stone was deciphered and includes a translation of it.
*Includes a bibliography for further reading.
Despite the fact Ancient Egyptian history happened so long ago and covered an immense span of time, Egyptologists are able to learn an incredible amount about different periods through reading the surviving texts now preserved in museums throughout the world and in the many temples and tombs in Egypt. Egyptologists know that the language of ancient Egypt went through many phases and was written in a variety of different scripts, such as the well-known hieroglyphic script and the cursive versions known as hieratic and demotic. But this was not always so, and the key to unlocking it all took place with one groundbreaking discovery.
Until about 200 years ago the writing of the ancient Egyptians was an enigma to world, but that changed when an ancient Egyptian monument known today as the Rosetta Stone was discovered (or rediscovered serendipitously) by French soldiers in Egypt in 1799. Now one of the most famous monuments in the world, the Rosetta Stone is a black granite stele that was inscribed with texts in Greek and two different scripts of the ancient Egyptian language: demotic and hieroglyphs. Stelae like the Rosetta Stone were monuments that ancient Egyptian kings inscribed texts on, usually to proclaim a battle victory or a legal decree. Since the kings who commissioned stelae to be built believed that the information they contained were important, they were usually large, as is the case with the Rosetta Stone. The discovery of the Rosetta Stone finally provided researchers with a way of reading the Egyptian language based on an understanding of the Greek translation. The texts on the Rosetta Stone were written during the reign of Ptolemy V in 196 B.C. Ptolemy V was descended from Ptolemy Lagos, who took control of Egypt after the death of his close friend, Alexander the Great, in 323 BC (Lloyd 2000, 396). Like their pharaonic Egyptian predecessors, the Ptolemies ruled Egypt as a royal dynastic family, and as time went on they even assumed the traditional royal Egyptian titles of kingship.
Although not one of the most important of the Ptolemaic rulers, Ptolemy V’s reign was important for a couple of reasons. Most of his rule was marked by rebellion of the native Egyptians against their Greek overlords; no matter what the Ptolemies did to try to appear as Egyptians, they were still viewed as foreign by many who wanted to restore a native born ethnic Egyptian dynasty to power. A native Egyptian named Ankhwennefre led the rebellion against Ptolemy V, but it ultimately failed and was suppressed in 186 B.C. (Chauveau 2000, 11). The Rosetta Stone, which conferred benefits to the native Egyptian priests, was commissioned 10 years later by the king in order to appease the important religious class (Lloyd 2000, 415). Other than suppressing that rebellion and commissioning the Rosetta Stone, Ptolemy V is perhaps best known for having Cleopatra I as his queen. The historical importance of the Rosetta Stone as a primary source of events during a turbulent period in Egyptian history cannot be minimized, but its true importance was as a tool that scholars used to unlock the language of ancient Egypt. This was not lost on the Europeans at all, as the discovery and subsequent translation of the Rosetta Stone not only opened the door for the development of modern Egyptology but also proved to be an important chapter during the period known as the Enlightenment. The possession of the Rosetta Stone and the race to be the first to translate it was such a matter of national pride that the monument became a pawn in the battle for prestige between the colonial powers of Great Britain and France.