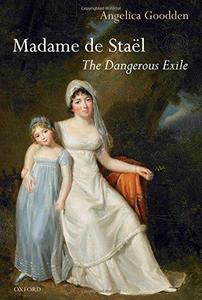 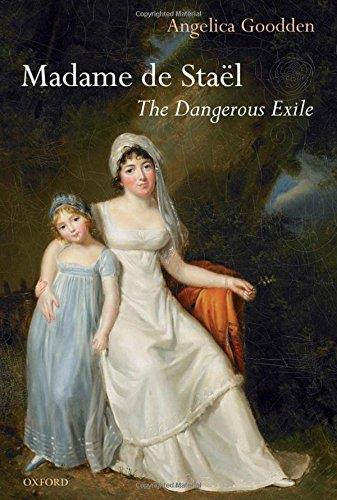 How does exile beget writing, and writing exile? What kind of writing can both be fuelled by absence and prolong it? Exile, which was meant to imprison her, paradoxically gave Madame de Sta?l a freedom that enabled her to be as active a dissident as any woman in the late eighteenth and early nineteenth centuries was capable of being. Repeatedly banished for her nonconformism, she felt she had been made to suffer twice over, first for political daring and then for daring, as a woman, to be political (a particularly grave offence in the eyes of the misogynist Napoleon). Yet her outspokenness - in novels, comparative literary studies, and works of political and social theory - made her seem as much a threat outside her beloved France as within it, while her friendship with statesmen, soldiers, and literary figures such as Byron, Fanny Burney, Goethe, and Schiller simply added to her dangerous celebrity. She preached the virtues of liberalism and freedom wherever she went, turning the experiences of her enforced absence into an arsenal to use against all who tried to suppress her. Even Napoleon, perhaps her greatest foe, conceded, from his own exile on St Helena that she would last. Her unremitting activity as a speaker and writer made her into precisely the sort of activist no woman at that time was permitted to be; yet she paradoxically remained a reluctant feminist, seeming even to connive at the inferior status society granted her sex at the same time as vociferously challenging it, and remaining torn by the conflicting demands of public and private life.