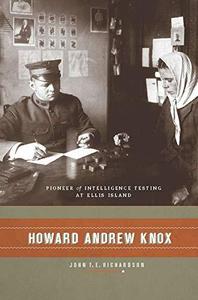 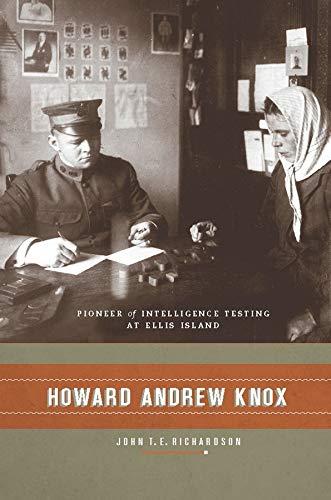 Howard Andrew Knox (1885-1949) served as assistant surgeon at Ellis Island during the 1910s, administering a range of verbal and nonverbal tests to determine the mental capacity of potential immigrants. An early proponent of nonverbal intelligence testing (largely through the use of formboards and picture puzzles), Knox developed an evaluative approach that today informs the techniques of practitioners and researchers. Whether adapted to measure intelligence and performance in children, military recruits, neurological and psychiatric patients, or the average job applicant, Knox's pioneering methods are part of contemporary psychological practice and deserve in-depth investigation. Completing the first biography of this unjustly overlooked figure, John T. E. Richardson, former president of the International Society for the History of the Neurosciences, takes stock of Knox's understanding of intelligence and his legacy beyond Ellis Island. Consulting published and unpublished sources, Richardson establishes a chronology of Knox's life, including details of his medical training and his time as a physician for the U.S. Army. He describes the conditions that gave rise to intelligence testing, including the public's concern that the United States was opening its doors to the mentally unfit. He then recounts the development of intelligence tests by Knox and his colleagues and the widely-discussed publication of their research. Their work presents a useful and extremely human portrait of psychological testing and its limits, particularly the predicament of the people examined at Ellis Island. Richardson concludes with the development of Knox's work in later decades and its changing application in conjunction with modern psychological theory.