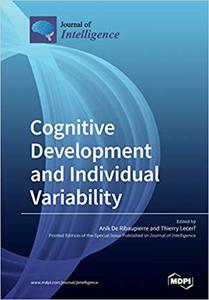 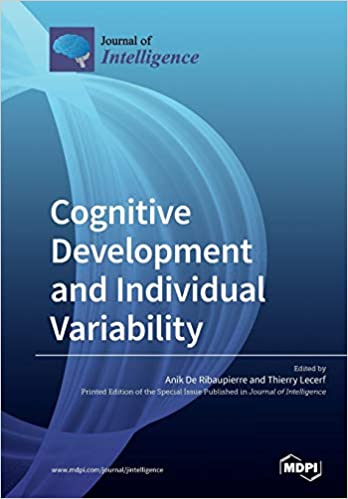 Anik De Ribaupierre, "Cognitive Development and Individual Variability"
English | ISBN: 3039210521 | 2019 | 158 pages | PDF | 10 MB
The standard approach to cognitive development most frequently consists of cross-sectional studies comparing different ages and groups while restricted to a single task. The necessity to focus on the individual in an idiographic perspective, rather than on the task or the variable, has been repeatedly emphasized, most recently in several very important papers by Nesselroade and Molenaar. Variability has also emerged as a crucial characteristic. Moreover, understanding the developmental construction of a given cognitive achievement is imperative to understanding cognitive functioning in adulthood.
The general objective of this book is to focus on the individual by studying intraindividual and interindividual variability in various cognitive tasks, that is, intraindividual variability across items of a given task ("inconsistency"), across various cognitive tasks ("dispersion"), and/or across years ("intraindividual change"), and of course, on interindividual differences in intraindividual variability. This book presents empirical studies that have been conducted by research groups in Europe and in North America, prominent in the field of variability and development or methodology. The 26 authors/co-authors include senior authors such as Lautrey, Schmiedek, Dauvier, van der Maas, Ghisletta, Stawski, MacDonald, and de Ribaupierre.
Read more