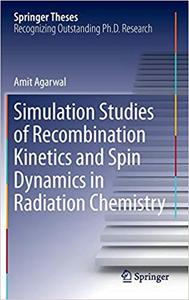 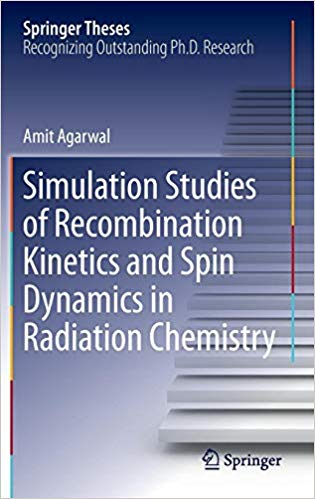 Amit Agarwal, "Simulation Studies of Recombination Kinetics and Spin Dynamics in Radiation Chemistry "
English | ISBN: 3319062719 | 2014 | 339 pages | EPUB, PDF | 7 MB + 15 MB
Amit Agarwal’s thesis reports a substantial contribution to the microscopic simulation of radiation chemical reactions. In his research Agarwal extends existing models to further understand scavenging, spin and relaxation effects. This research has advanced the development of both the Monte Carlo Random Flights and the Independent Reaction Times (IRT) simulation tools. Particular highlights are the extension of these tools to include both the spin-exchange interaction and spin relaxation, both of which are influential in radiolytic systems where many reactions are spin-controlled. In addition, the study has led to the discovery of a novel correlation of the scavenging rate with the recombination time in low permittivity solvents. This finding goes against existing assumptions underlying the theory of diffusion kinetics while still being accommodated in the IRT method which demonstrates the power of this unconventional approach. The work in this thesis can be applied to a wide number of fields including the nuclear industry, medicine, food treatment, polymer curing, the preparation of nano-colloids, power generation and waste disposal.