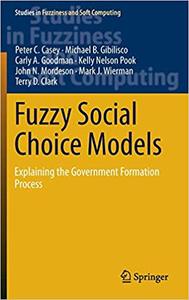 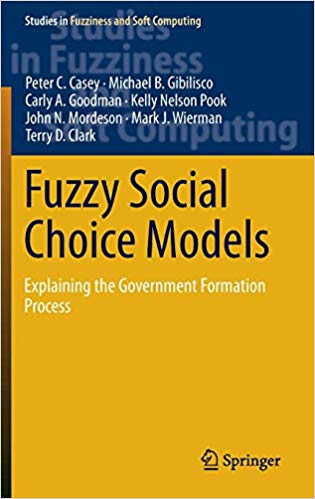 Peter C. Casey, Michael B. Gibilisco, Carly A. Goodman, "Fuzzy Social Choice Models: Explaining the Government Formation Process"
English | 2014 | ISBN: 3319082477 | PDF | pages: 189 | 2.9 mb
This book explores the extent to which fuzzy set logic can overcome some of the shortcomings of public choice theory, particularly its inability to provide adequate predictive power in empirical studies. Especially in the case of social preferences, public choice theory has failed to produce the set of alternatives from which collective choices are made. The book presents empirical findings achieved by the authors in their efforts to predict the outcome of government formation processes in European parliamentary and semi-presidential systems. Using data from the Comparative Manifesto Project (CMP), the authors propose a new approach that reinterprets error in the coding of CMP data as ambiguity in the actual political positions of parties on the policy dimensions being coded. The range of this error establishes parties’ fuzzy preferences. The set of possible outcomes in the process of government formation is then calculated on the basis of both the fuzzy Pareto set and the fuzzy maximal set, and the predictions are compared with those made by two conventional approaches as well as with the government that was actually formed. The comparison shows that, in most cases, the fuzzy approaches outperform their conventional counterparts.