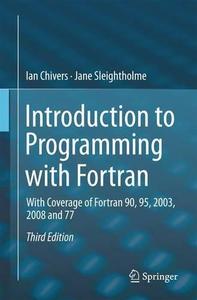 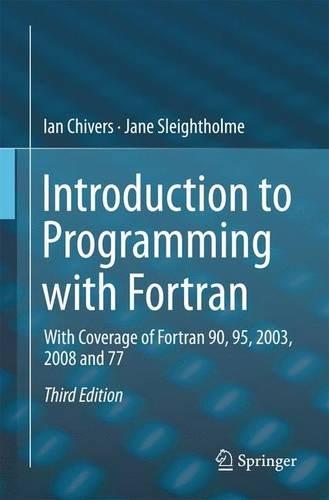 Ian Chivers, Jane Sleightholme, "Introduction to Programming with Fortran: With Coverage of Fortran 90, 95, 2003, 2008 and 77 (3rd edition)"
English | 2015 | 704 Pages | ISBN: 3319177001 | PDF, EPUB | 10 MB
In response to feedback from course delegates this third edition has been revised throughout. It expands on the second edition with new and updated examples in the chapters on arithmetic, i/o, character data, modules, data structuring and generic programming with minor updates to the rest of the chapters. Key Features * lots of clear, simple examples highlighting the core language features of modern Fortran including data typing, array processing, control structures, functions, subroutines, modules, user defined types, pointers, operator overloading, generic programming, object oriented programming and parallel programming * pinpoints common problems that occur when programming * illustrates the use of several compilers * with better standards conformance in compilers there are new examples illustrating the following major features: - C Interop - IEEE arithmetic - parameterised derived types Introduction to Programming with Fortran will appeal to the complete beginner, existing Fortran programmers wishing to update their code and those with programming experience in other languages. Ian Chivers and Jane Sleightholme are the joint owners of comp-fortran-90 which is a lively forum for the exchange of technical details of the Fortran language. Ian is the editor of the ACM Fortran Forum, and Jane and Ian have both been involved in the Fortran standardisation process. The authors have been teaching and supporting Fortran and related areas for over 40 years and their latest book reflects the lessons that have been learnt from this.