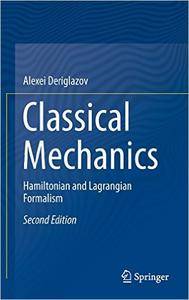 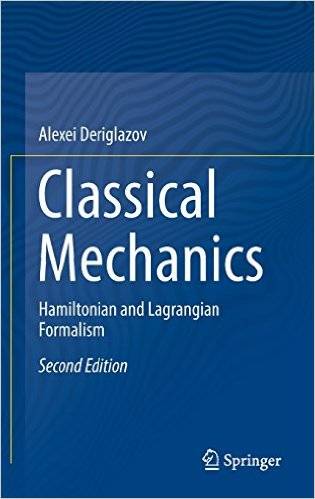 Alexei Deriglazov, "Classical Mechanics: Hamiltonian and Lagrangian Formalism, 2nd Edition"
2016 | ISBN-10: 3319441469 | 445 pages | PDF | 7 MB
The revised edition of this advanced textbook provides the reader with a solid grounding in the formalism of classical mechanics, underlying a number of powerful mathematical methods that are widely used in modern theoretical and mathematical physics. It reviews the fundamentals of Lagrangian and Hamiltonian mechanics, and goes on to cover related topics such as canonical transformations, integral invariants, potential motion in geometric setting, symmetries, the Noether theorem and systems with constraints. While in some cases the formalism is developed beyond the traditional level adopted in the standard textbooks on classical mechanics, only elementary mathematical methods are used in the exposition of the material.
New material for the revised edition includes additional sections on the Euler-Lagrange equation, the Cartan two-form in Lagrangian theory, and Newtonian equations of motion in context of general relativity. Also new for this edition is the inclusion of problem sets and solutions to aid in the understanding of the material presented.

The mathematical constructions involved are explicitly described and explained, so the book is a good starting point for the student new to this field. Where possible, intuitive motivations are replaced by explicit proofs and direct computations, preserving the level of rigor that makes the book useful for more advanced students intending to work in one of the branches of the vast field of theoretical physics. To illustrate how classical-mechanics formalism works in other branches of theoretical physics, examples related to electrodynamics, as well as to relativistic and quantum mechanics, are included.