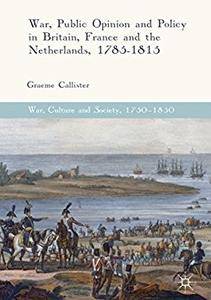 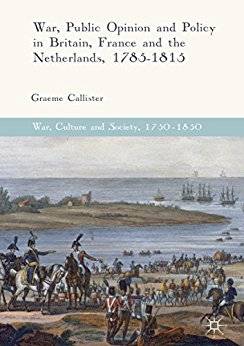 War, Public Opinion and Policy in Britain, France and the Netherlands, 1785-1815 (War, Culture and Society, 1750-1850) by Graeme Callister
English | 13 Apr. 2017 | ISBN: 3319495887 | 364 Pages | PDF | 2.74 MB
This book offers a detailed investigation of the influence of public opinion and national identity on the foreign policies of France, Britain and the Netherlands in the late eighteenth and early nineteenth centuries. The quarter-century of upheaval and warfare in Europe between the outbreak of the French Revolution and fall of Napoleon saw important developments in understandings of nation, public, and popular sovereignty, which spilled over into how people viewed their governments―and how governments viewed their people.


By investigating the ideas and impulses behind Dutch, French and British foreign policy in a comparative context across a range of royal, revolutionary and republican regimes, this book offers new insights into the importance of public opinion and national identities to international relations at the end of the long eighteenth century.