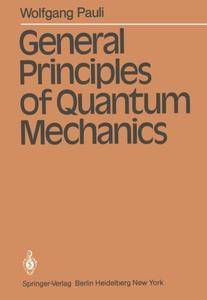 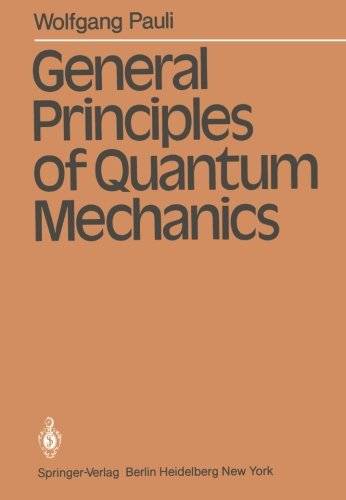 General Principles of Quantum Mechanics by Wolfgang Pauli
English | 1980 | ISBN: 3540098429 | 212 Pages | PDF | 11.54 MB
I am very happy to accept the translators' invitation to write a few lines of introduction to this book. Of course, there is little need to explain the author. Pauli's first famous work, his article on the theory of relativity in the Encyklopädie der Mathematischen Wissenschaften was written at the age of twenty. He afterwards took part in the development of atomic physics from the still essentially classical picture of Bohr's early work to the true quantum mechanics. Thereafter, some of his work concerned the treatment of problems in the framework of the new theory, especially his paper on the hydrogen atom following the matrix method without recourse to Schrodinger's analytic form of the theory. His greatest achievement, the exclusion principle, generally known today under his own name as the Pauli principle, that governs the quantum theory of all problems including more than one electron, preceded the basic work of Heisenberg and Schrodinger, and brought him the Nobel prize. It includes the mathematical treatment of the spin by means of the now so well­ known Pauli matrices. In 1929, in a paper with Heisenberg, he laid the foundation of quantum electrodynamics and, in doing so, to the whole theory of quantized wave fields which was to become the via regia of access to elementary particle physics, since here for the first time processes of generation and annihilation of particles could be described for the case of the photons.
MORE BOOKS | MY RSS