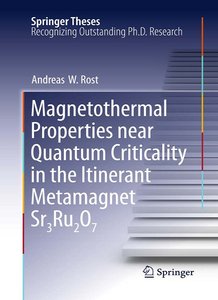 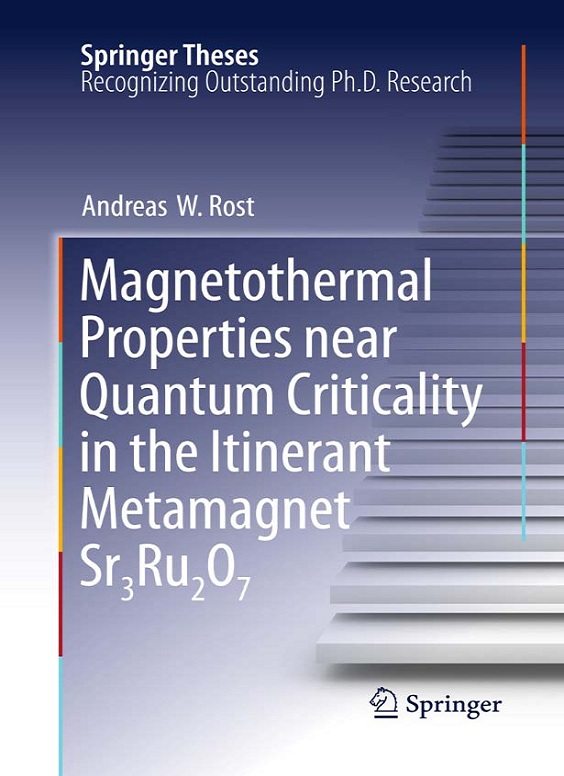 Magnetothermal Properties near Quantum Criticality in the Itinerant Metamagnet Sr3Ru2O7 by Andreas W Rost
English | ISBN: 364214523X | 2010 | PDF | 145 pages | 4,1 mb
The compound Sr3Ru2O7 of the strontium ruthenate family has been intensely studied because experimental evidence suggests that quantum fluctuations dominate the magnetic phase diagram in the vicinity of a novel low-temperature phase.

In order to understand the interplay between the quantum critical fluctuations and the phase formation, comprehensive thermodynamic information is essential. This thesis reports the results of both specific-heat and magnetocaloric experiments carried out with a bespoke experimental apparatus whose design particularly addresses the demanding constraints of the low-temperature, high-magnetic-field environment. The experimental data give evidence for unusual thermodynamic properties of the novel phase and its bounding phase transitions. Furthermore they show that the phase formation takes place against a background of strongly peaking entropy, suggesting that quantum criticality plays a key role in the physics of this system.