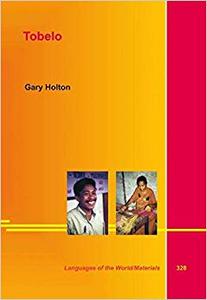 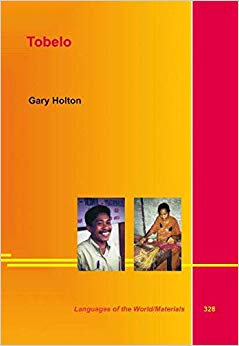 Gary Holton, "Tobelo"
English | 2003 | ISBN: 3895867063 | PDF | pages: 108 | 10.8 mb
Tobelo is a Papuan language spoken by approximately 15,000 persons on the islands of Halmahera and Morotai in the eastern Indonesian province of North Maluku. The phonemic inventory of Tobelo consists of five vowels and twenty consonants, including a palatal lateral, glide and nasal. Syllable structure is generally (C)V. Roots are categorialy ambivalent and can occur as either nouns or verbs with appropriate morphology. Verbal morphology is relatively rich, including a system of obligatory pronominal prefixes and optional aspectual suffixes. Nouns occur as adjuncts to pronominal arguments and are obligatorily marked by a proclitic. Word order is SOV, though not rigidly so. Complex verb constructions are paratactic, consisting of a series of verbs each cross-referencing one or more arguments and fully inflected for aspect. There is no morphological marker of subordination and no indication of finiteness. Holton is a documentary linguist who has conducted field work with several Austronesian and Papuan languages in eastern Indonesia. Previous publications include an annotated bibliography of language and linguistics in Maluku and several studies of Tobelo grammar and discourse. He is currently assistant professor of linguistics at the Alaska Native Language Center, where he is engaged in the documentation and revitalization of Alaska Athabascan languages.