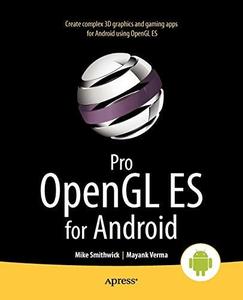 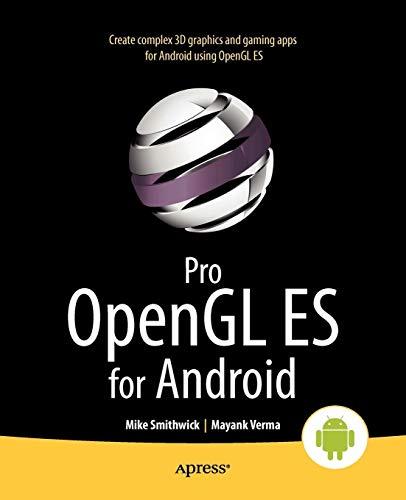 In Pro OpenGL ES for Android, you'll find out how to harness the full power of OpenGL ES, and design your own 3D applications by building a fully-functional 3D solar system model using Open GL ES! OpenGL has set the standard for 3D computer graphics, and is an essential aspect of Android development. This book offers everything you need to know, from basic mathematical concepts to advanced coding techniques. You'll learn by building a fascinating 3D solar system simulator! After introducing Open GL ES, Pro OpenGL ES for Android explains the basics of 3D math and then orients you to the native Android 3D libraries you'll be using in your own 3D games and the solar system project you'll build using this book. Through the solar system example project, you'll learn how to incorporate a variety of graphic and animation techniques into your applications. You will also discover how the full spectrum of 3D development that awaits, with topics such as lighting, texture-mapping, modeling, shaders, blending modes, and several more advanced concepts. By the time you finish Pro OpenGL ES for Android, you'll have learned all the skills you'll need to build your own incredible 3D applications, based on one of the most powerful 3D libraries available. What you’ll learn The basics of 3D mathematics, and how they are applied in the OpenGL library How to design and build your 3D worlds To create 2D interfaces within the 3D world To develop animation and 3D movement How to implement 3D shading, coloring, and texturing The differences between OpenGL and other 3D toolkits To build a fully-functional 3D solar system simulator using OpenGL ES Who this book is for Experienced Android programmers who want to enter the 3D world of OpenGL ES programming. Table of Contents Introduction to OpenGL ES and Our 3D Solar System Project Generating a Basic OpenGL Program Getting Past the 3D Math Shading, Lighting and Colors Materials and Textures Animation Creating a User Interface Blending Modes, Buffer Objects, and Other Cool Stuff Latest Features of OpenGL ES Ray Tracing, Hidden Surfaces, and Other Advanced Topics Appendix A: APIs