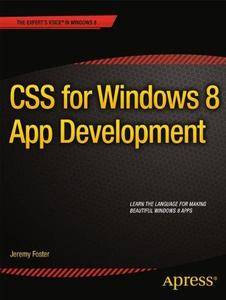 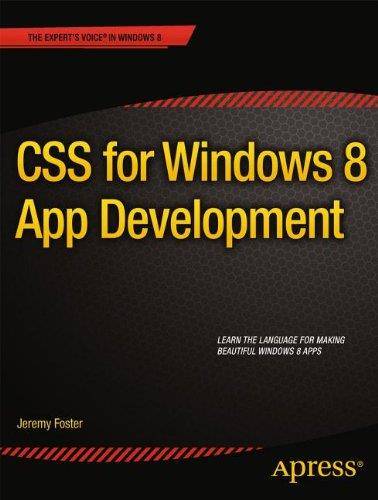 CSS for Windows 8 App Development is your learning guide for CSS – the language of great Windows 8-style apps. Learn the built-in styles that make the built-in controls shine, how to define them, and how to use CSS to give your custom app assets that beautiful Modern UI style. CSS (Cascading Style Sheets) is the clear standard for styling web applications, and with HTML, CSS, and JavaScript now powering apps on Windows 8, it’s the clear standard there as well. CSS is a powerful styling and layout language that greatly simplifies the selection of page elements and their visual display, layout, and animation. Additionally, Windows 8 apps appear on a large variety of screen formats, and CSS is the primary means for uniquely defining these layouts. CSS for Windows 8 App Development is for software developers of all skill levels working with web applications. If you’re new, the foundational CSS examples will bring you up to speed quickly. If you’re more familiar with CSS, you’ll gain critical insight into its application in Windows 8 for creating a great Modern UI.